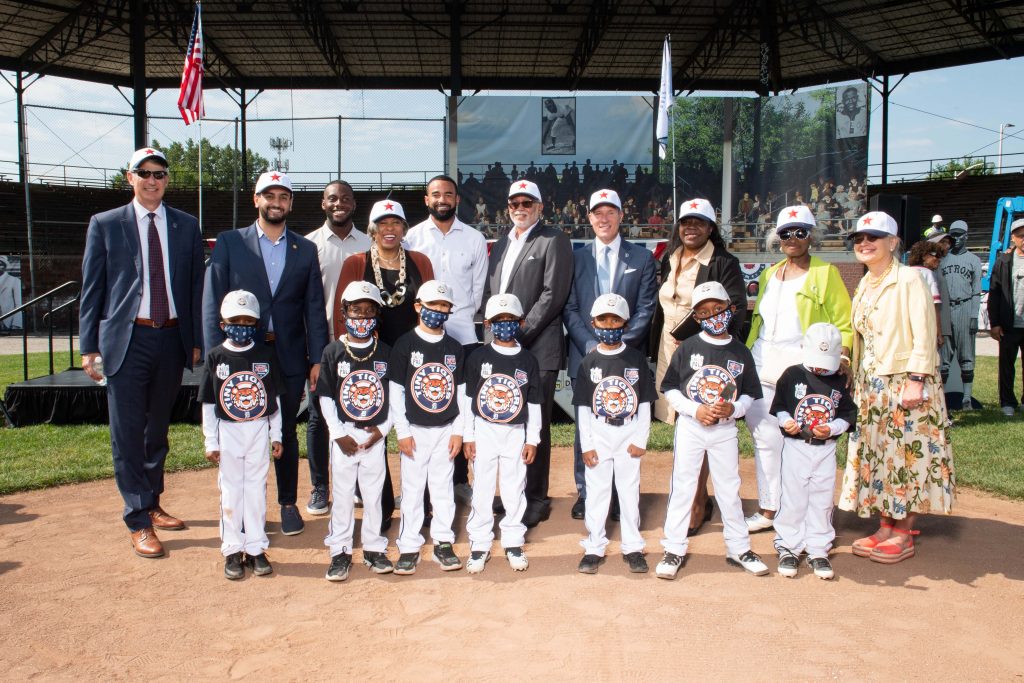 Chris Ilitch, on behalf of the Detroit Tigers organization, participated in an event acknowledging the start of renovation work on historic Hamtramck Stadium, one of only five Negro League ballparks still in existence. The stadium, where at least 18 future members of the National Baseball Hall of Fame played, was once home to the Detroit Stars and the Detroit Wolves of the Negro Baseball Leagues.

The renovations are possible through a contribution of $2.6 million by Wayne County, The Detroit Tigers Foundation (an affiliate of Ilitch Charities), Ralph C. Wilson, Jr. Foundation, Kresge Foundation, Friends of Historic Hamtramck Stadium, Michigan Municipal League Foundation, and the Hamtramck Parks Conservancy through an African American Civil Rights grant as administered by the National Park Service, Department of Interior.

The event featured representation of baseball’s past, present and future:

• Joyce Stearnes Thompson and Rosilyn Stearnes-Brown, daughters of Norman “Turkey” Stearnes, performed the National Anthem.
• Current Detroit Tigers Akil Badoo and Derek Hill attended, as did former players Willie Horton, Jake Wood and Ike Blessit, as well as former Detroit Star Ron Teasley.
• And members of the Tiny Tigers team, all young players between 4-8 years old, laid the bases down on the field, with a little help from Badoo and Hill.

The renovations will breathe new life into the facility, as well as celebrate and preserve an important part of American history. Speaking at the event, Chris Ilitch said “Restoring this historic ballpark is about restoring hope. It’s a commitment we are making to the young players in this community that this game is accessible to all, and to those who played at the stadium, that their history and contributions to the game of baseball matter and will never be forgotten.”

Big celebration about to start at @HamtownStadium!

Gary Gillette speaks at the celebration of the renovation of @HamtownStadium. Gary founded the Friends of Hamtramck Stadium and today’s event is in many ways the fruition of his vision pic.twitter.com/yRvW3nSP9D